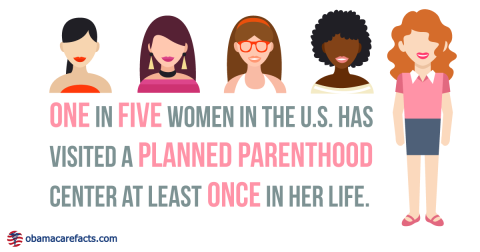 Quite honestly, I’ve been almost stifled by the recent actions of the presidential administration. Acting out and protesting in some moments and sitting baffled in other moments. I’ve been thinking about Planned Parenthood a lot. How the moves to defund it feels and is a direct attack on women. I’ve been pissed thinking how men who are not even directly served by Planned Parenthood, privileged men who have partners who probably have but would never admit to having used Planned Parenthood’s services, get to vote on its fate. It’s like me deciding that men’s underwear don’t need the little opening in the front anymore and making it a law or maybe it would be better to compare it to men’s right to prostate exams or to breathe. I don’t know. I read that a South Carolinian politician presented a bill to ban the selling of Viagra to prove a point about women’s rights to medical care. It totally went over people’s heads to the point that it may even become law. What kind of world are we living in right now? 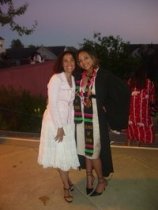 Yay! I’m a soon to be uninsured college graduate!

When I graduated from college and got booted off of my father’s medical plan, I worked part time as an educator at various school sites to patch together a living wage to start paying back my loans, to pay my rent, buy food, you know, support myself. My money was tight so once I discovered I could get birth control for free I was happy to receive my green card from Planned Parenthood. To avoid being seen by my students, I frequented Planned Parenthood offices in the suburbs (I was super self conscious then, I probably wouldn’t care as much today). I would go, fill out my questionnaire, discuss my relationship status with a health professional and get my pills. The discussion part was simple for me but now I can’t help but think about all of the women who had more complex information to share. What about the women who are victims of domestic violence? Women who are being coerced into sex? Who will help them without Planned Parenthood? Who will point them towards support services? I now have access to decent medical insurance but when I first got pregnant, as a first year teacher who hadn’t worked for the district long enough to receive medical insurance, it was Planned Parenthood that I depended on to confirm my pregnancy and tell me what I needed to do. Thinking about it now, Planned Parenthood helped my partner and me do just that, plan our parenthood. 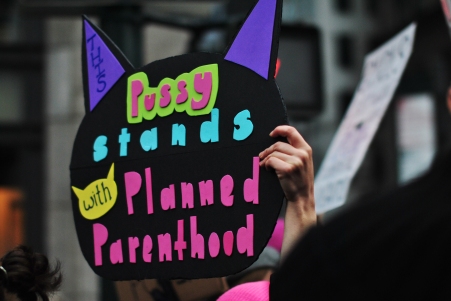 The Women’s March happened. Executive orders have been signed behind closed doors, with only cameras and all male accomplices in attendance. There is a lot to fight right now and as a black heterosexual cis-woman living in an urban environment I feel we need to fight them all, which includes protecting Planned Parenthood. Shit is crazy and calling representatives, fundraising, marching and other forms of protest are exhausting but so is *slavery. Do what you can when you can, take breaks to recharge, stay informed and love your love ones. This is the time to act. It seems that our government is being run by men that in the words of Tupac Shakur, “hate the ladies that make the babies” and they need to be stopped.