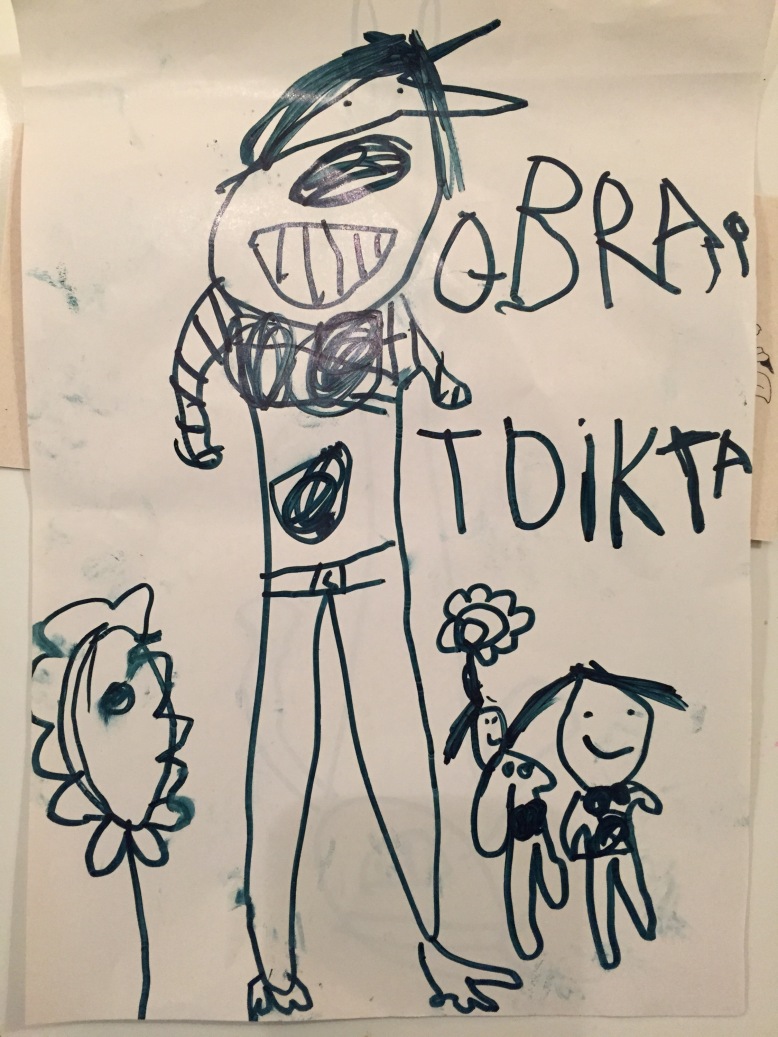 “Your belly touches your underwear mommy!” This is what my four year old, Brendan said to me one day while I was getting dressed. I try to cover up around him because he is getting older and I feel the need to be a little more modest. He was fascinated by my tummy and every so often he and my two year old will rub it excitedly and sing “belly, belly, bell-lee”. Sometimes I allow it to go on for a bit, other times I tell them to stop. I never really know how to react.

After the proofs from MyPostBabyBody photoshoot came back Brendan looked up and wanted to see what I was looking at so I obliged him. I figured it is his mom laughing in her underwear, nothing he has never seen before. But I was also quick to get him to return to his coloring project. He started asking too many questions and it all just got too complicated. Anywho, the next day when I picked him up from daycare, Ms.Irma, his instructor laid out all of his artwork for me. I didn’t quite know how to react when three of his five drawings were of women in their bras. When he pointed to one and said “that’s you mommy!” I told him how nice they were, packed them up, grabbed his hand and headed to the exit.

Later, I showed them to my husband and he asked me if I was going to “blog” about it. The thought hadn’t crossed my mind. I was actually still stuck in embarrassment mode. I looked at them again and noticed that the one Brendan had designated as a portrait of me had squiggly lines on the tummy. He had drawn my belly wrinkles! Out of all the things he could have drawn that day princesses, pirates, dinosaurs or monsters he chose to draw me and my belly wrinkles. When put in perspective, I actually felt honored that something about seeing my picture the day before inspired him to draw me in such great detail.

Later that week we went to the grocery store and Brendan, after looking at the numerous magazine covers with scantily clad women on them pointed at a picture of some celebrity in a bikini, I could tell he was confused, he said “look mommy, what she doing?” I don’t remember my response exactly but it was somewhere along the lines of “that’s just some fake lady being silly.” Again, maybe not the best response but she was very airbrushed and she did seem quite silly. Nevertheless, I was happy to have to opportunity to start planting some seeds in his mind about how women should look.